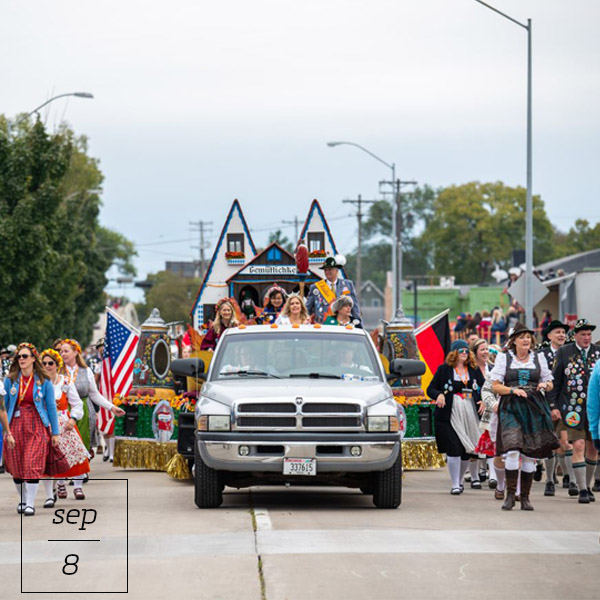 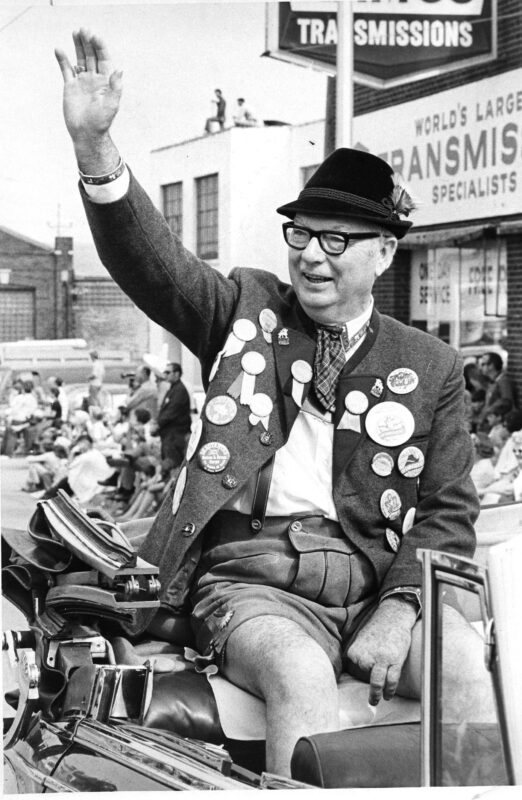 A nominee should be a person who:
• has contributed positively to the good of the community through leadership and outstanding accomplishments
• is someone of good character that is well-respected
• is a resident for at least 10 years within a 20-mile radius of La Crosse
• is actively involved and well-known in the La Crosse community
• is well-known, well-liked, friendly, and outgoing
• has the time to devote to Oktoberfest activities

All entries must be received no later than the third Monday of March, annually. to be considered for the current year. The new Parade Marshals are announced at the Kick-Off Party in September each year.

Eligible nominations shall remain active for three years from the date of the original nomination. 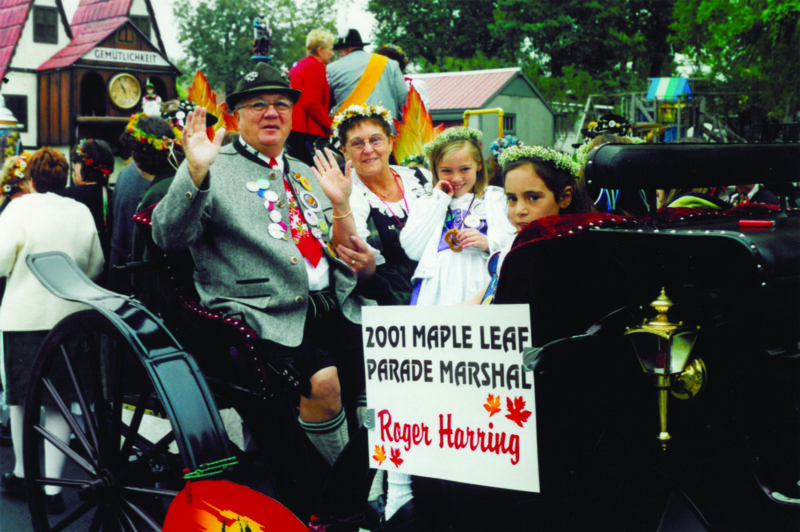 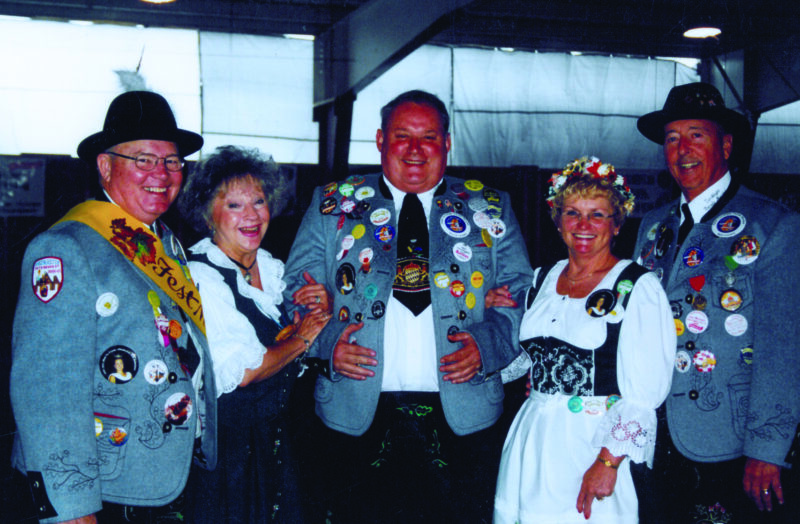 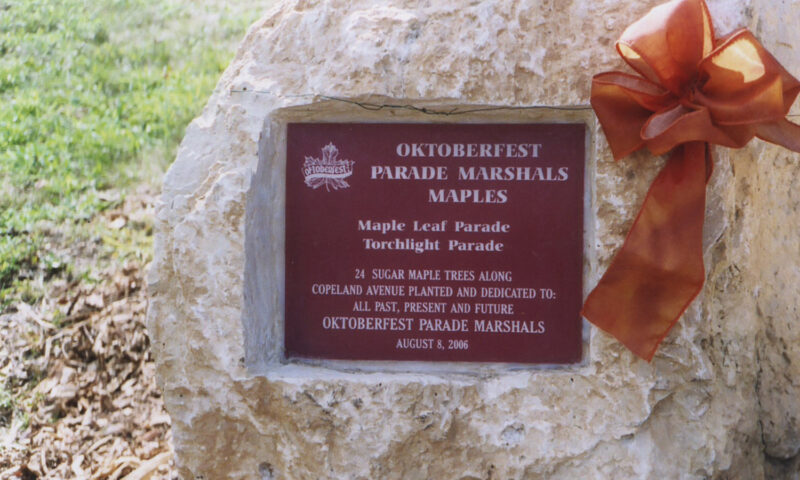 Parade Marshals give an “Ein Prosit” at the dedication of a marker in Copeland Park in 2006. They planted and dedicated 24 sugar maple trees along Copeland Avenue in honor of all past, present, and future Oktoberfest Parade Marshals. 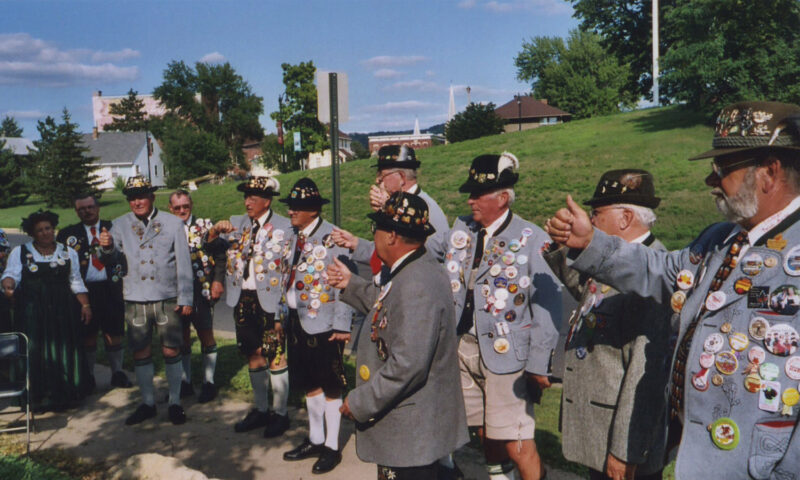 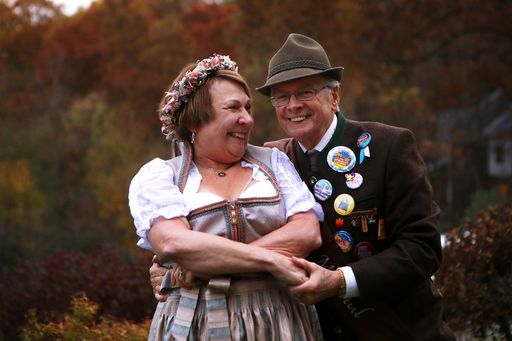 Meet Scott Skogen, our 2019 Torchlight Parade Marshal here who is front and center of our kick-off parade. 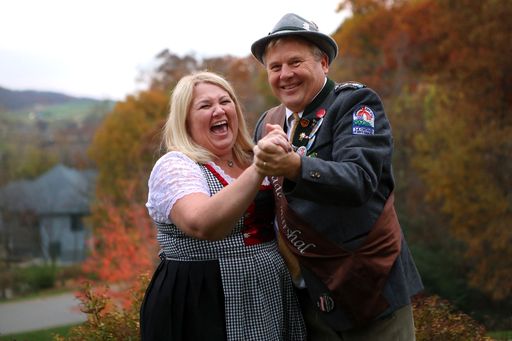 The Maple Leaf Parade takes place the Saturday during Oktoberfest weekend at 10 am with the route below.

The Torchlight Parade kicks off Oktoberfest on Thursday evening at 7 pm with the route below. 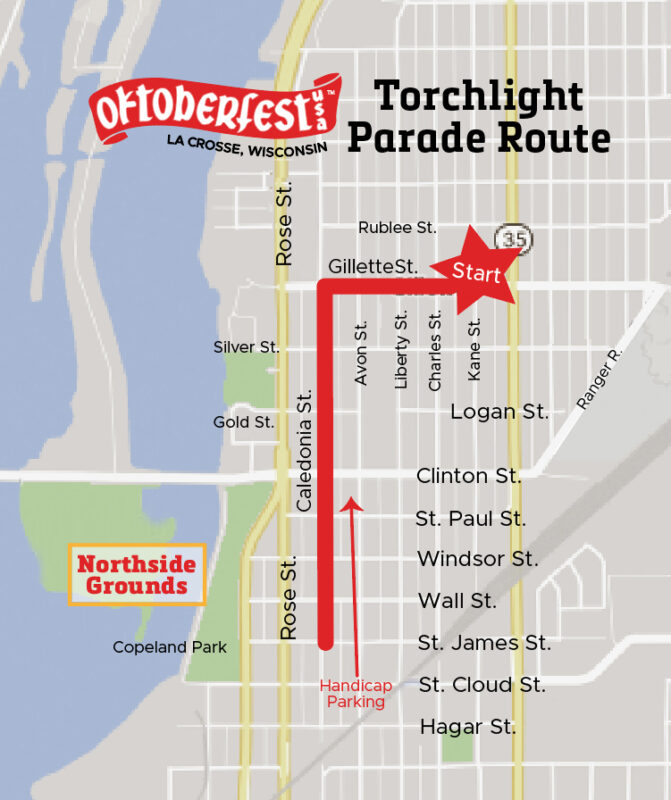