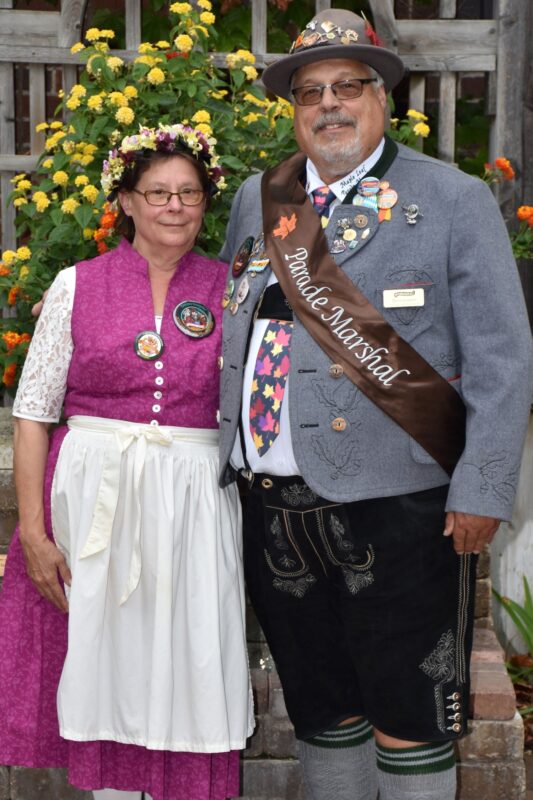 He has volunteered for Oktoberfest for more than 30 years. Now he will be leading Oktoberfest’s grand parade.

Dave Guepfer, who served on the festival’s board of directors for 16 years and recently retired as Food and Beverage Manager for the La Crosse Center, has been named the 2022 Maple Leaf Parade Marshal.

Guepfer’s years of service on the Board of Directors began in 1987, culminating as festival president in 1991. Since then, he has had numerous stints back on the board adding up to 16 years, serving on at least a dozen Oktoberfest committees and volunteer worker positions, including coordinating the Festmaster’s Ball and Craft Beer Night. He also helped with many of the concert performers on the grounds. And for the last 20 years, he has assisted with tapping the Golden Keg on the festival’s opening day.

All that dedicated service was natural after some good advice served up during his first job.

“My first boss Dick Lommen at McDonald’s told me if you want more than just a job, get involved in your community,” Guepfer recalls.

He got involved with the La Crosse Jaycee’s, which led to one of his most favorite volunteer projects: helping erect a U.S. flag atop Grandad Bluff.

In 1983 as president of the Jaycee’s Guepfer asked La Crosse Mayor Pat Zielke what project he would like the Jaycees to take on.

Zielke told him he wanted a new flag and flagpole on the city’s iconic bluff. Guepfer chaired the project that installed a new, 70-foot flagpole and 15-foot by 25-foot flag. It was dedicated July 4, 1984.

He also helped with the Jaycees’ popular Toys for Tots drive each Christmas, which provides presents for many area kids during the holidays. When Guepfer aged out of the organization in 1987, Ken Birnbaum asked him to join Oktoberfest. He has helped ever since.

While he’s very familiar with the fest, Guepfer’s looking forward to seeing the different side of Oktoberfest as the Maple Leaf Parade Marshal.

“I’m excited to be able to take part in the many area parades along with the visits to other festivals,” he says.

Guepfer will have more time to dedicate to those new duties thanks to retiring as the Food and Beverage Manager for the La Crosse Center earlier this year. He still serves in leadership roles for the National Association of Concessionaire, and he received the organization’s top honor, the Mickey Warner Award, in July.

Because of his 50 years in the food business, Guepfer has selected “Friends, Food, and Fun” as the theme for his button. Designed by his daughter, Makenna, the button includes an Oktoberfest stein with a button from the year he was the festival’s president, along with nachos that look like maple leaves. The design also includes the logo of the National Association of Concessionaire and the golden arches where he first worked.

Submit your nomination for a 2020 Parade Marshal by completing the online form linked below.

Your nominee should be a person who: