Skip to main content
Home / The History Of The Honorable Festmaster

The History Of The Honorable Festmaster 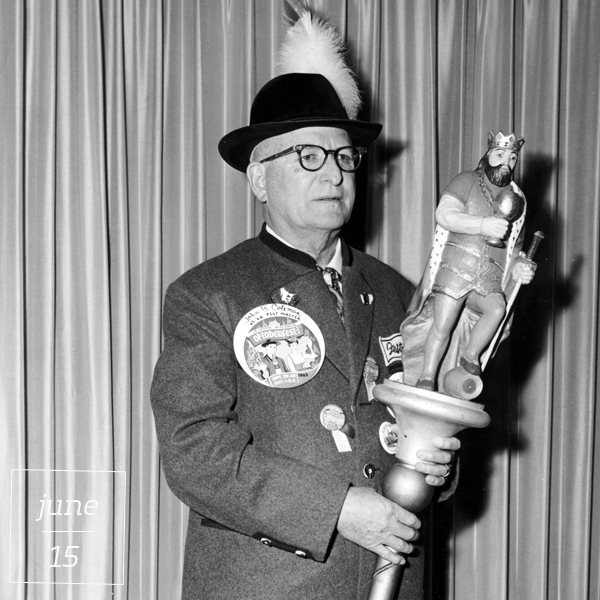 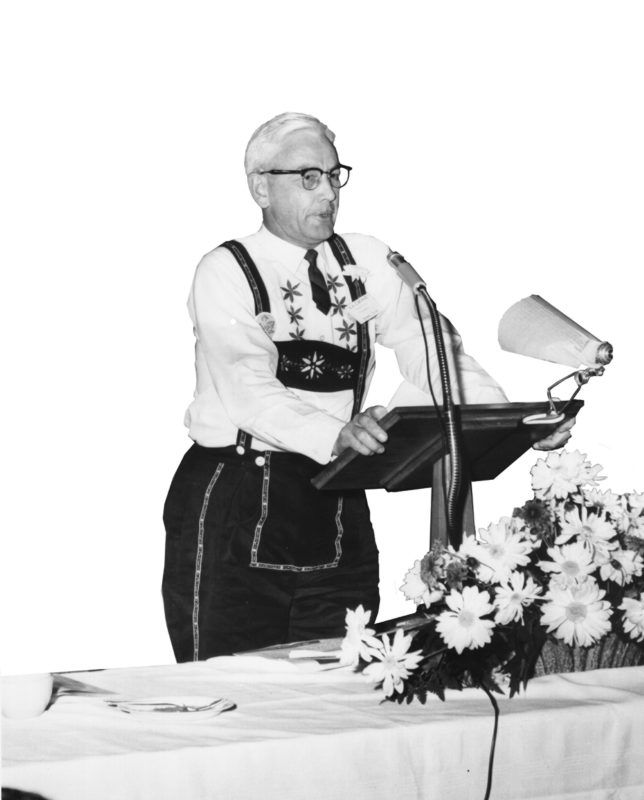 The first Festmaster was Don Rice in 1962 at the second Oktoberfest. The first four festmasters were chosen by Bob Abbott, president of the board of directors of Oktoberfest. Bob Abbott chose these members that were part of a golfing foursome; Don Rice, Ray Ping, Roy Kumm & John Coleman; who had first proposed the idea of a festival to lift the spirits of La Crosse residents during a time when so many had lost their manufacturing jobs. 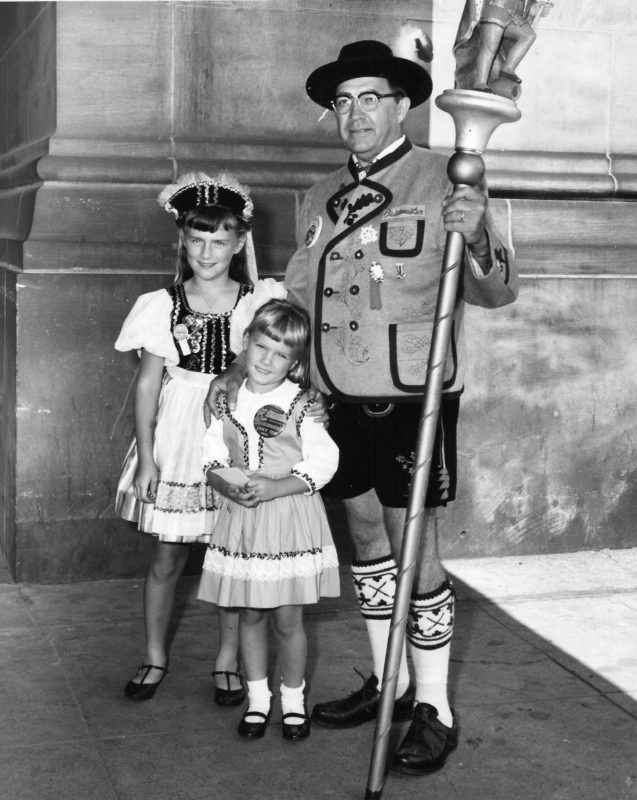 1964 Festmaster Roy Kumm with his granddaughters, Kristine, left, and Sandra, right, pictured above

In 1968 when Oktoberfest left the Chamber of Commerce and incorporated into its own La Crosse Festivals, the public was encouraged to submit nominations for Festmaster. Professional success, community volunteer involvement, personal ethics, family, age, and the availability to meet the year-long obligations of the honor were qualities needed. All entries are then reviewed and voted on by the Board of Trustees, who consist of all the former festmasters. 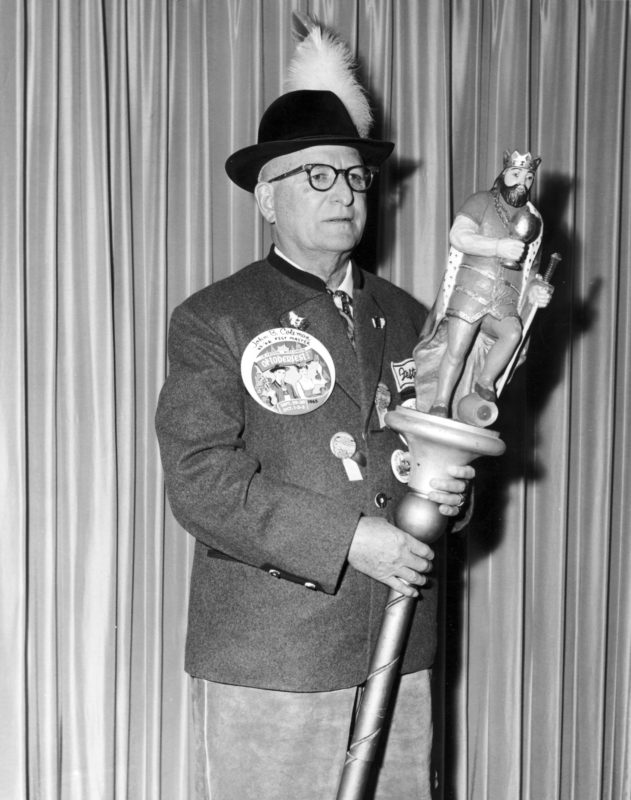 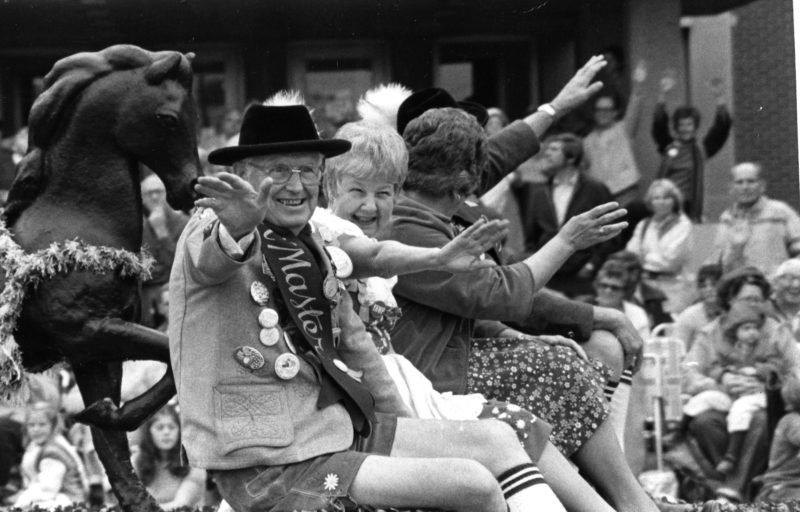 The search and nominations for the new Festmaster begin shortly after Oktoberfest is over. Entries must be submitted by January, at which point, a three-month selection process begins. The list is narrowed to 10 and then to 5. The final five are listed in order of preference by each trustee and ballots are sent to the current trustee president. He and the immediate past Festmaster open and count the votes. They are the only two who know the identity of the newly chosen man whose code name is “Herman.” Herman is contacted in late March to accept this honor. 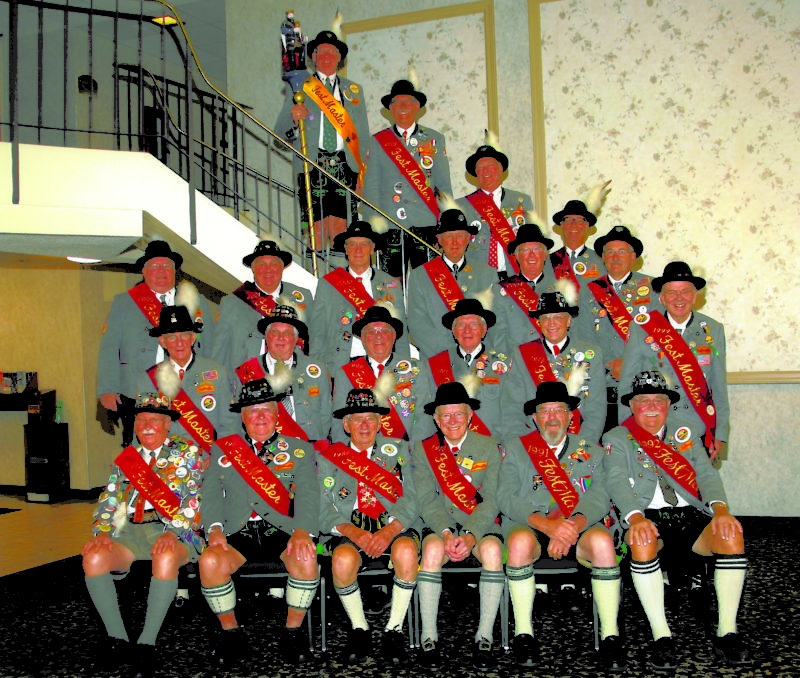 The Festmasters in 2009 pictured above

To be chosen as Festmaster is considered to be one of the highest honors for any man in the La Crosse area. The new Festmaster & his wife known as the Frau, are announced in September at the Festmaster’s Ball, the most regal and special evening in La Crosse with over 1,000 attendees who dress in their festive suits and gowns. This event is open to the public with advanced reservations. Meet Terry & Michelle Cowgill, (pictured below) our 2019 Oktoberfest Festmaster & Frau here. 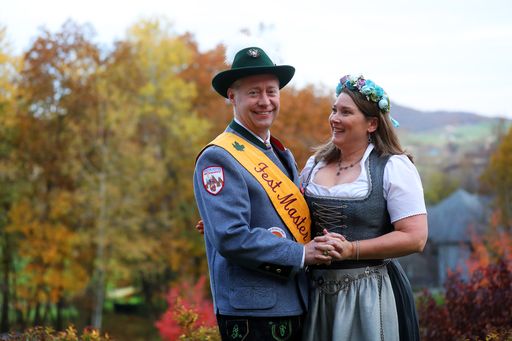 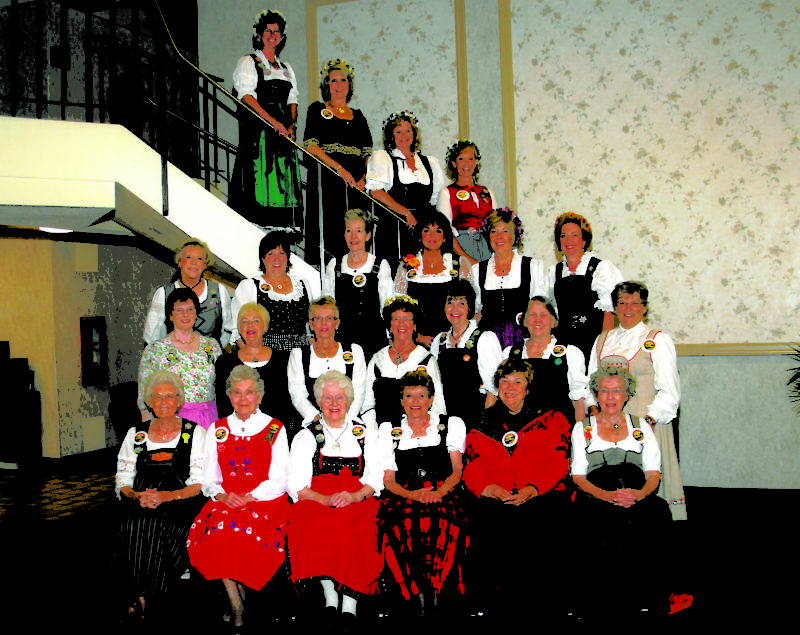 The Fraus in 2009 pictured above